I remember when Anthony Martial moved to Manchester United, in 2015 and was introduced in the second half for his Manchester United debut; he scored a wonderful goal to cap a beautiful all-around display.

Before then, there was a general feeling among fans that He was not worth the £36 million pounds spent in signing him. Even the captain of the team at the time, Wayne Rooney confessed that he had to go online to find out who the player was when first he heard that the club signed him.

At the end of the game, the exciting performance from the youngster silenced all doubters, such that everybody agreed with the club's management that he was a fine addition to the team. Needless to say that this was made possible because of a pleasant first impression.

In the same way, A Press Release is an opportunity an organization has to create a good first impression with the public about a new product, service, event, etc. If they ruin it, the product, event, etc. may as well be ruined.

A Press Release is a piece of document that informs the press and other media outlets about recent developments, such as new products, events, etc. in an organization.

In other words, a Press Release is a written piece of content that informs the mainstream media about recent happenings in an organization (that is newsworthy).

Why do Organizations Write Press Release?

There are several reasons why an organization may choose to send out a Press Release. However, the major reasons are as follows:

You will even rank better when Journalists use contributions from your Press Release.

When should you write a Press Release?

Press Releases are only given when an organization has something newsworthy to share. The following qualifies as newsworthy information:

Note: Select a popularly accepted font, and font size when writing your Press Release. Fonts like Times New Roman or Arial, on font size 12 will be generally accepted.

Steps to Writing a Press Release that Wins.

To write a Press Release that wins the attention of Journalists, media houses, and the Public as well, follow these steps:

No journalist or media outlet is looking forward to publishing a Press Release that is not interesting, new, and unique. For your Press Release to gain the traction you desire, it should be something capable of grabbing the attention of the Public.

Backlinko.com offers valuable insights on what should constitute newsworthy material for your Press Release. According to them, the focus of your Press Release should be on any of the following, to fly among Journalists:

For more information on this, visit www.backlinko.com/write-a-press-release.

As you will expect, the Press Release headline is the first thing that is read on a Press Release, so it has to be perfect to impress. If the headline is poorly crafted, you can be sure that the journalist is not going to give much attention to the rest of the writing.

When writing your next headline, ensure to do the following:

These are the core principles for writing a Press Release headline. If you are unsure of what can be described as a perfect headline, visit www.headlines.sharethrough.com to test the strength of your headline when writing.

The Lede is the first paragraph in a Press Release. It consists of 35 to 45 words, that summarize the central message of the Press Release.

www.blog.justreachout.io, suggests points to consider when writing your Lede. They are as follows:

When writing the body of your Press Release, endeavor to describe only the details relevant to the Press Release.

Discuss the most relevant details at the top part of the paper, while the lesser important ones can feature at the bottom.

Using quotes in your Press Release boosts the credibility of the paper. However, before including a quote, ensure that the quote supports the angle and entire message your paper is discussing.

In this section, you should provide details of your organization to the Public. Since it is a short paragraph, it is advised that you write a summary of the relevant details about your organization.

For more insight on how to create your Boilerplate, visit www.criminallyprolific.com/company-boilerplate/.

Include the contact details of a qualified spokesperson for your organization that reporters can contact. Add your email address and phone number, so any reporter that wishes to contact you can do so easily.

Five Rules to Ensure Your Press Release Drives Prospects to Contact You.

CBS News provides five rules to guide you in writing a Press Release that wins publications and customers as well. They are as follows:

Although there are various methods in writing a Press Release, this article has tried to provide general details on how to write a Press Release that will have general acceptance.

Feel free to tweak the details or template provided above to suit your needs, taste, or target audience.

Finally, do not feel discouraged if your first attempt does not turn out too well. It gets better as you continue! 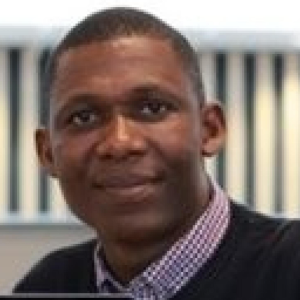